Here you can see some case studies of work clients and I have done in order to achieve their goals. I hope that this can also be a good place for some clients to come visit and see just how far they have come and how well they have done too. 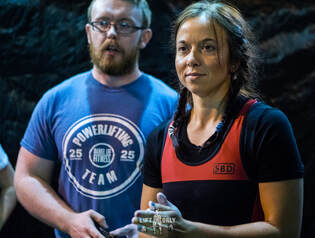 Lauren began coaching with me in the summer of 2017. She already had a massive deadlift by this point - around 165kg at 63kg bodyweight.
The initial goal was to do well at the North West Championships of that year - where Lauren successfully finished 2nd with a NW record deadlift of 166kg.

In 2018, Lauren told mee that her goal was to hit 400 wilks and a 180kg deadlift. This was a massive task but one she was very capable of hitting.
We planned a few months at a time and she executed the plan extremely well. By December 2018 Lauren competed and made a total of 367.5kg @61kg of bodyweight - giving her 402 wilks, and a deadlift of 182.5kg.
This was improved upon a few months later at the British Womens in 2019. There she completed a total of 380kg with a wilks of 412 and a 187.5kg deadlift - narrowly missing out on 192.5kg (3kg behind the British record).

Lauren has stepped away from powerlifting since then and has built a successful coaching business and is now smashing goals in Crossfit. 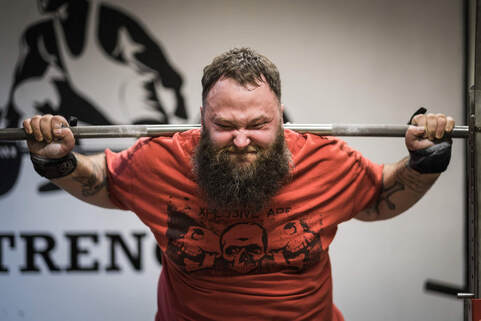 Dennis began with me in the early part of 2018. With a love of strength sports and strongman and being a massive nerd - he fit right in.

He decided to enter a competition in the early months of 2019 and the training before that is where we saw him become more and more committed to training. This commitment led to a greater joy from training and from the group atmosphere.
The competition in early 2019 was a great first competition for him - he qualified for British and won his weight class.  He then went onto British, won that and qualified for Worlds.
Worlds was August of that year and Dennis picked up a silver medal while there.

I was really nice to him in a social media post recently so I won't go mad here but - he's a great guy to have in the group and he continues to do well. 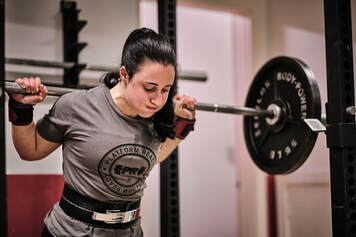 Sheina began with me in late 2017 (I think). She weighed about 55kg but could bench press 50kg, had never deadlifted before and couldn't squat very well.
After a few months, the introduction of squat shoes and a lot of hard work on her end she was able to master the squat incredibly well. This led to her finishing 2nd in her first competition. The following competition she then won her weight class, age class and best lifter. She then finished 2018 with a 4th place finish in British Juniors and a reserve spot at the Euros.
2019 would prove to be great for Sheina's powerlifting again - beginning with a massive showing at British Womens resulting in a 402 wilks. She then won the North West Championships, finished 5th at British Juniors and represented Great Britain as a reserve in Junior Worlds.
She is currently top of the Women's Wilks board in Taylor's with 418 Wilks (which is definitely higher now that we havent had many competitions in 2020). 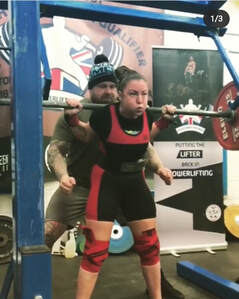 Esther trained with me either side of her time in China. Both times she did exceptionally.
Esther was the first of my clients  to achieve the monumental 400 wilks in a competition - managing a 401 Wilks in All Englands of 2018 (I think). Doing so with a 150kg deadlift @57kg on her third attempt.
After China, Esther decided to try some wrapped squatting and even managed a European record with 140kg in the 56kg class. 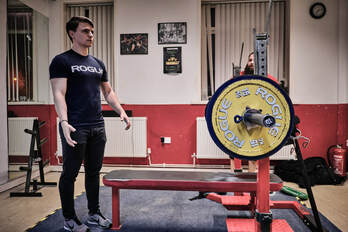 Hodgy is an absolute specimen. He'll love me saying this.
He regularly competes in Spartan Races, Tough Guy races and does sub 20 minute 5ks for fun. But he's also really strong.
It's not always easy to incorporate a lot of strength training into an endurance athlete's regime but we did well here, 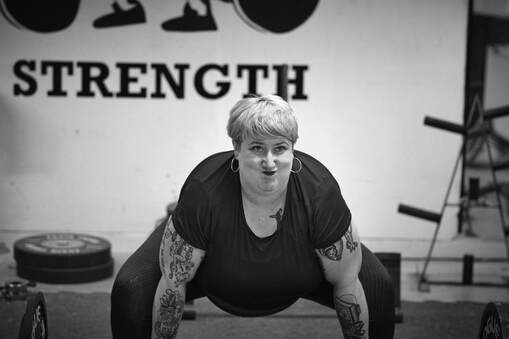 Christina has been with me a little over 2 years now, I think. We had some mobility and movement issues to overcome at first but she has gone from strength to strength. Qualifying for British on her second full competition with lifts of 110kg,75kg and 117.5kg (I think).
​And plenty more to come.